The Kitende boys were caught napping with only a dozen minutes left on the referee’s clock allowing the Kenyans to equalize through Patrick Othieno.

Regional defending champions Masaka S.S were not any better after stumbling to Tanzania’s Alliance high school in a 2-1 loss. Isaac Ogwang had pulled the Ugandans level in the 47th minute. The match was just a repeat of last year’s final in Rwanda but Masaka won at that time.

The girl’s games produced a similar Script for Uganda champions Kawempe Muslim who suffered a 2-1 defeat to Kenya’s Nyakach School. Masaka were the only winners beating Alliance 1-0.

The games continue on Tuesday with several matches on cards including Coca cola champions Kibuli S.S taking on Rwanda’s Hanika SS in the morning. Kitende will be in action against Gisenyi also from Rwanda while Masaka tussle out with Kenya’s Laiser Hill. 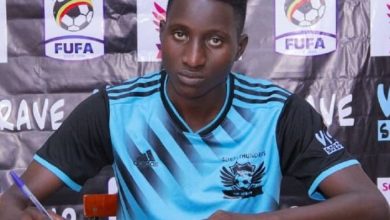 Jonathan McKinstry Optimistic Ahead of Cranes Camp in Dubai