Jok succumbed to an illness on Tuesday morning.

In a statement issued by EAC Secretary General Liberat Mfumukeko, Jok is applauded for the key role he played in drafting the South Sudanese constitution.

“On behalf of EAC and on my own behalf, I convey my heartfelt condolences to your Excellency (Salva Kiir), the family, relatives and friends of the late Hon John Luk Jok, the Government and the people of South Sudan,” said Mfumukeko. 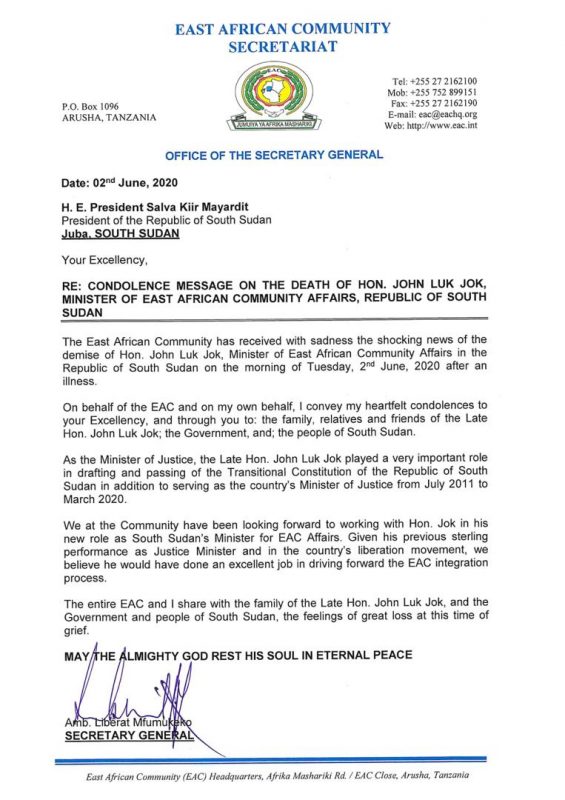 As the Minister of Justice for South Sudan between July 2011 and March 2020, Mfumukeko applauded Jok for playing a key role in drafting and passing of the transitional Constitution of the Republic of South Sudan.

“We at the community have been looking forward to working with Hon Jok in his new role as South Sudan Minister for EAC Affairs. Given his previous sterling performance as Justice Minister and in the country’s liberation movement, we believe he would have done an excellent job in driving forward the EAC integration process,” Mfumukeko added.