East African leaders have protested travel advisories issued by the United States against Africa saying these discourage Americans from coming to Africa and affect negatively on trade and investment on the continent.

The leaders said epidemics and terrorism are global threats that affect nations worldwide but when Africa is affected, click http://dakarlives.com/wp-content/plugins/contact-form-7/modules/response.php countries such as the United States are quick to issue negative travel advisories.

“East Africa is the place to invest. It is the place to be… security is good. But you should stop this travel advisory issues, cost http://dailyampersand.com/wp-content/plugins/the-events-calendar/src/admin-views/events-meta-box.php ” President Museveni is quoted as urging the meeting that was organized by CEO Roundtable and moderated by the U.S. Secretary of Commerce Penny Pritzker.

The U.S. regularly issues travel ban advisories to its citizens in foreign countries despite facing its own brunt of global terrorism, violence in its communities and health epidemics.

The advisories, the leaders argued, accelerate fear and panic and lead to cancellation of businesses, negatively affecting investments and the growth of tourism in the region and in Africa.

President Yoweri Museveni on Tuesday joined other heads of State from the East African region and CEOs of major corporations to discuss, travel and tourism, agribusiness technology and infrastructure proposals with the US Secretary of Commerce Penny Pritzker in a move aimed at strengthening trade ties between the US and the East African Community block.

The region is endowed with a lion’s share of the new 7 Wonders of Africa which include Mount Kilimanjaro, the highest mountain in Africa with 5895 metres above sea level and the largest free standing mountain in the world; the Serengeti Migration, the longest and largest overland migration in the world.

Nile River which is the longest river in the world stretching 4,132 miles (6,650 km) which traverses across a number of countries has its source in the Region. East Africa further boasts the largest unbroken caldera in the world, the Ngorongoro Crater.

Measuring 12 miles across, this “Garden of Eden” is home to over 30,000 animals including the rare black rhino.

The leaders called on the US to introduce direct flights from the USA to EAC to fast-track trade and promote tourism.

The leaders and CEOs from the United States and the EAC agreed to hold an annual conference during which they could exchange ideas and opportunities and to fast-track the establishment of agricultural cold chains robust system and bankable feasible infrastructure projects that they could partner for development. 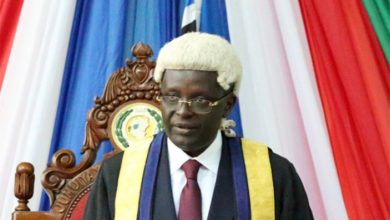