The Democratic Party (DP) has appealed to the Inspector General of Police Gen Kale Kayihura to order an in-depth probe into circumstances under which the opposition party member’s arm was cut off by suspected political opponents.

Addressing the weekly press conference in Kampala today Tuesday, information pills Mao said the Party has received several reports about the election related violence cases across the Country in the last general elections.

“One of the most terrible incident was one in which our Chairman for Kapchorwa District Mr. Twala Kadala was attacked and his arm cut off by people who allegedly accused him of supporting a different candidate from their favorite,” said Mao.

“He being a Muslim in addition was also accused of supporting a non Muslim whom they looked at as a Khafir,” added.

This is the first case of possible radical Islam being heard of in the recently concluded general elections.

Mao said the victim reported to the police which has not helped him much to bring the perpetrators to book.

“The Party has decided to write to the Inspector General of Police and bring to his attention the plight of Mr. Kadala such that thorough investigations are sanctioned for Mr. Kadala to get justice,” said Mao.

The 2016 elections were characterized by tension as two leading opposition figures, Dr Kizza Besigye and Amama Mbabazi led the offensive against the incumbent.

Besigye’s votes increased by 1.2 million while Museveni recorded an additional 200,000 from the previous election.

Mao urged Parliament to establish a Select Committee to inquire into cases of election related violence in the last general elections “and this will be spearheaded by our members of Parliament such that election violence perpetrators are comprehended and prosecuted.” 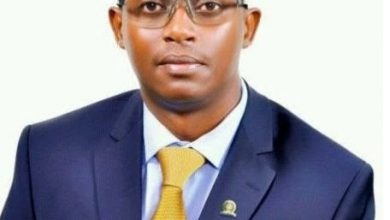