Last week on March 7th 2020, the Government of Uganda through Ministry of Health issued a travel advisory to seven countries calling on people there to postpone non-essential travel to Uganda.

To issue the travel advisory, the Government reviewed the outbreak in the affected countries and categorized them in three categories.

The above seven countries were categorized in category one and advised to halt non-essential travel to Uganda.

Today, Health Minister Jane Ruth Aceng announced expansion of this list of countries from 7 to 16.

On the updated list, countries including the United States and the UK, which were in the second category have been added.

This means that United Kingdom, Switzerland, Norway, Netherlands, Sweden, Belgium and the United States who were in category two on March 7th 2020 when the advisory was issued have now been moved to category one and their people are supposed to postpone non-essential travel to Uganda.

Aceng says this because of increase in the number of new cases per day and cumulative number of cases in those countries.

If people from these countries however, insist on coming to Uganda, the Minister said they will be subjected to 14 days of self-quarantine or institutional quarantine at their cost.

“Any traveller from these countries including Ugandan nationals will be subjected to self-quarantine for 14 days on arrival to Uganda even if they don’t exhibit the signs and symptoms of COVID 19,” said Minister Aceng.

“Individuals from the above countries who insist on visiting Uganda will be subjected to self-quarantine or institutional quarantine at their cost.”

Where s China has tremendously contained further spread of COVID 19, the Minister said the number of cases remain high and therefore remains in category one.

“They have not recorded zero cases for 14 days. Therefore, China remains in category one,” she said.

Meanwhile, countries such as Finland, Philippines, Indonesia and Pakistan are in category two and the Ministry will observe travellers very closely and the evolution of the outbreak in these countries and advise on any restrictions in the coming weeks.

India which was in category two as of 7th March 2020 when the first travel advisory was issued, the Minister said has dropped to category three because India recorded only one case last week.

The rest of the countries fall under category three and this means that they will undergo routine screening upon arrival in Uganda and be advised accordingly on measures to undertake while in Uganda to prevent infection and where to report if not feeling well.

“Any of the above countries that successfully contains the outbreak will be removed from this list after 14 days with no new cases,”

The Ministry of Health working with Civil Aviation Authority is considering spraying all the travellers who arrive in the country as they disembark from the aircraft with the disinfectant spray. 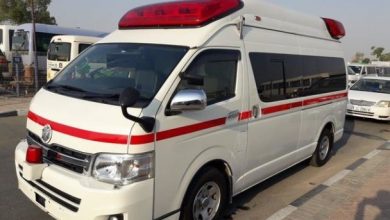