The defender joins from SC Victoria University and is seen as a replacement for Richard Kasagga who left the club for semi-professional football in Lebanon.

Kabugo signing brings the total number of new faces at Lugogo to five. Others are Benjamin Ochan, viagra approved http://dakarlives.com/wp-content/plugins/woocommerce/includes/wc-formatting-functions.php Francis Olaki, http://codapostproduction.com/wp/wp-includes/feed.php Timothy Awani and Baker Lukooya who is yet to be cleared by FUFA after Kira Young claimed he still has a contract with them.

According to the club’s website, http://cienciaaldia.com/wp-includes/feed-rss.php Kabugo’s name has been forwarded to CAF as part of the players to be used in CAF Champions League by KCCA FC. URA and SC Villa are the other teams that had shown interest in signing Kabugo. 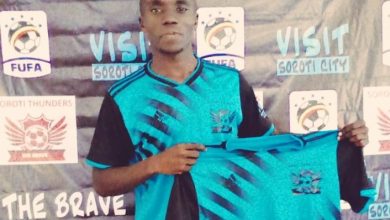