CNN reported that there concern that President Obama was heading to a nation grappling with violent attacks by al-Shabab militants.

Many Kenyans felt CNN took the description of the country way too far.

“If CNN is civilized enough, for sale http://cerlalc.org/wp-content/plugins/jetpack/json-endpoints/class.wpcom-json-api-get-term-endpoint.php they should apologize, order http://couponadventures.com/wp-content/plugins/jetpack/_inc/jetpack-strings.php ” Kenyan Interior Minister Joseph Nkaissery told reporters. “I urge Kenyans to treat the CNN report with the contempt it deserves.”

Tens of thousands of Kenyans also took to social media and tweeting under the Hashtag #SomeOneTellCNN, http://chios.ro/wp-includes/l10n.php unleashed a barrage of attacks on the media house. 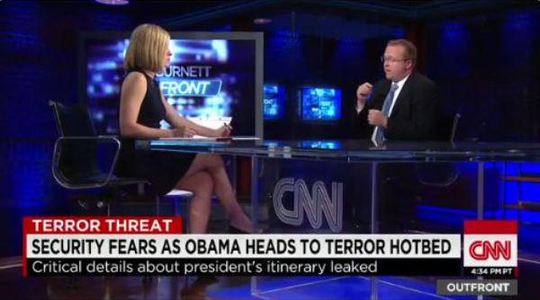 “Unless you are the one bringing the terror, we are a hotbed of investment opportunities & great people #SomeoneTellCNN,” tweeted a one Cris Kirubi getting over 4000 retweets.

An editor’s note on the story said the headline and lead were updated “to indicate the terror threat is a regional one.”

Speaking today at the opening of the Global Entrepreneurship Summit in Giriri, President Kenyatta uttered a veiled shot at CNN, making it clear Kenya was different from how it was being depicted.

“Kenya is a Hotbed of diverse culture,” Kenyatta stressed as the conference exploded in applause, “spectacular natural beauty, a wonderful people, with infinite possibility.”

“Let the world hear a simple message that the narrative of African despair and indignity is false and indeed was never true.”

Kenyatta added that while Africa wasn’t claiming perfection, it could now claim progress.

He highlighted that the Waste gate Mall which was in 2013 attacked by the Alshabaab militants had just reopened a week ago and recorded its highest sales on the opening day in its history.

“We were able to rise above our pain and resolve that we must keep matching forward.”

Former Vice President Prof. Gilbert Bukenya has hit back at the ruling NRM party bluntly telling them that he cannot be intimidated by the summons made to him adding he will not adhere to them.

Addressing journalists during the Democratic Party annual National Delegates Conference at Katomi Resort Hotel along Entebbe road on Friday, price Bukenya said it is only his late mum who could have summoned him and not anyone else.

“Am not a young boy to be summoned because I determine how I play politics and not under pressure from anyone. In politics you can only co-house but not summon; what will you do to me if I don’t come, will you cane?” the former Vice President questioned.

Bukenya further warned Democratic Party leaders against being disunited within the party as this would be a sure way for President Museveni to beat them in the forthcoming 2016 general elections.

“He (Museveni) will ensure  there is division within your party and  will try to  buy off some of you as he has already done, but you should  just eat the  money  and continue with your ambitions or else your careers would be buried , ”He urged  DP members.

Mr Bukenya recently said he does not regret working under President Museveni’s government and that if chance avails, he has no problem rejoining the NRM government.

“He has invited me before but I have always told him about the same things. Such things like the Kyankwanzi resolution should not happen if I am to return to government. The increasing spate of murders,  poor health and education have to also be worked on if there is any chance of me returning to work with President Museveni,” said recently in an interview with Chimpreports.

The news of the scathing attack on the ruling party Central Executive Committee might not be readily welcome by the NRM leadership who are trying to bring all party members together before the 2016 general elections.