Pius Bigirimana, the Permanent Secretary of the Ministry of Gender, Labour and Social Development has rallied the youth to embrace empower programmes to get rid of poverty.

He said courage is not the absence of fear but mastering fear, encouraging young people to rise to the occasion and transform their lives.

Bigirimana, who attended Harvard University, said integrity remained a key ingredient to success, recounting how “wolves” at the Office of the Prime Minister nearly “finished me” for exposing corruption there.

He said YLP funds carry zero-interest on repayments made within the first 12 months and five percent for the repayments after 12 months.

Bigirimana said accessing the funds does not require physical assets or collateral security and that beneficiaries are given a flexible repayment period of 1-3 years.

The PS further said no administrative fees are levied on any application.

The programme promotes active participation of the youth at all stages of implementation through the youth council structures.

Repayments and amounts to be repaid and durations depend on the nature of enterprises and project maturity period.

Bigirimana revealed that his ministry has so far disbursed Shs 156bn to 19,772 youth groups, benefiting 237,395 youth of whom 46 percent are female.

Most of the funds have been injected into agriculture (32 percent), trade (28 percent) and services (22 percent), industry (five percent) and vocational skills (four percent).

Bigirimana was called by Muhoozi to speak to the youth about the government programmes.

Muhoozi thanked Bigirimana for providing an account of government programmes meant for the economic empowerment of the youth.

“Wherever you go the youth are asking, ‘What is government doing for us? Yet, government has projects for them. And they should know about them. They should benefit,” said Muhoozi.

“We need to educate the public about these programmes. There is a lot being done for them. A country that doesn’t know its history will repeat its past,” he emphasised.

On his part, Bigirimana said Shs 26bn has been recovered out of Shs 50bn that is due.

Funds recovered are being revolved back to the respective local governments to finance new projects.

It also advised the groups which are not from same village but have projects of common interest should form groups and access funding, if they live within same parish or ward.

Bigirimana said funds will be disbursed directly to approve group bank accounts without passing through the local government bank accounts.

Additionally, only group members (chairperson, secretary and treasury) are maintained as signatories to avoid the intervention of district official who were extorting money from the youth.

Cabinet also urged the ministry to focus on enterprises in value addition and new profitable ventures and opportunities such as in the pharmaceutical industries, construction sector, extraction of plant, animal-oil and wheat.

Bigirimana also spoke about the Youth Venture Capital Fund, saying interest rates were reduced from 15 percent to 11 percent and the Level qualification as a requirement was removed. Now one (18 – 30 years) needs two guarantors with active bank accounts.

Regarding externalization of labour, Bigirimana said government has signed two bilateral labour agreements with the Kingdom of Saudi Arabia and the Hashemite Kingdom of Jordan.

The Ministry has concluded negotiations with Qatar and agreements are expected to be signed soon.

Bigirimana said 101 labour recruitment companies have been licensed and a Labour liaison office has been established in Riyadh.

Arrangement are underway to open embassies in other receiving countries and an external employment help desk was established at Entebbe international airport.

Bigirimana said the ministry has completed phase one of the external employment information management system which is now being used to process job order approvals and license applications online.

The Ministry is negotiating with public service to create positions of labour attaches for deployment in Ugandan missions abroad. 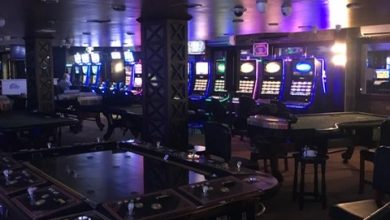