The National Social Security Fund (NSSF) Managing Director Richard Byarugaba has written to the Minister of Finance, Planning and Economic Development Hon Matia Kasaija seeking his guidance on how to address the issue of paying 20 percent of savings to NSSF members.

Following the recent outbreak of COVID-19 and it’s impacts on the economy, there have growing calls for the Fund (NSSF) to pay it’s members 20% of their accumulated balances.

This is because the recent closure of businesses to combat the spread of COVID-19 is increasing unemployment and failure to service loan obligations.

In a letter to Kasaija, Byarugaba highlighted the proposal’s implications not only to NSSF but the economy as a whole.

“We believe this proposal has implications that will distress the sustainability of NSSF as a retirement scheme and the economy as a whole,” reads the letter in part.

Below is Kasaija’s letter in full: 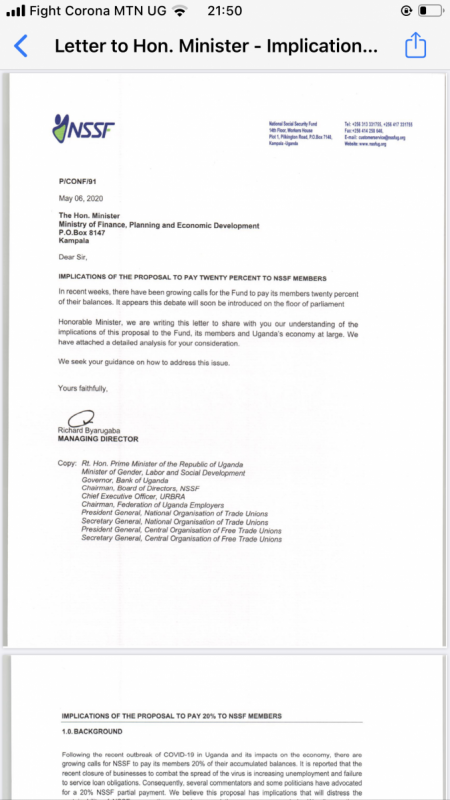 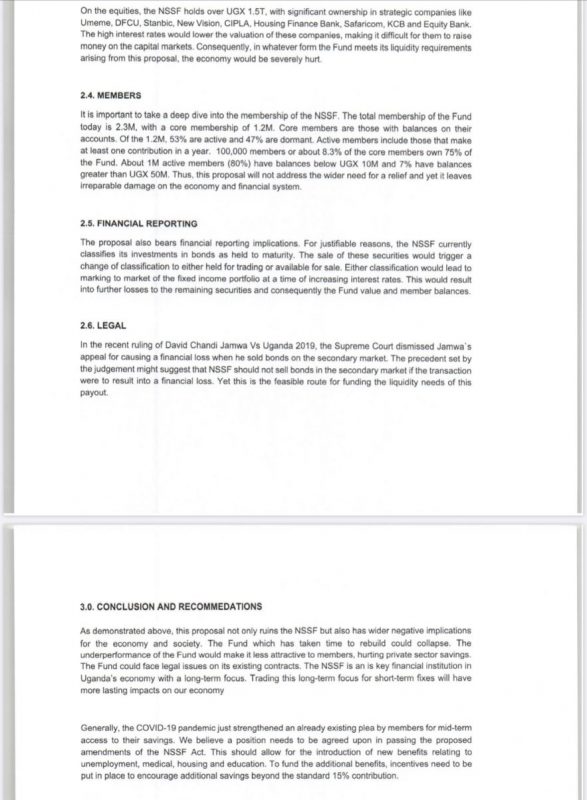