The sad event comes just a few months after Mande lost his brother Capt. Katabazi and the latter’s wife in a road accident along Masaka-Mbarara road.

In a brief statement, there http://copdx.org.au/wp-includes/default-widgets.php Mande announced: “With deep sorrow I regret to announce the passing on of my first son; Mande Moses.”

Mande said his son was pronounced dead at Mbarara Hospital last night but did not provide the cause of his untimely demise.

Condolence messages are pouring in from opposition activists and friends of the NRA historical.

“So sad. Ndugu Samson, http://danielcalvo.com/wp-admin/includes/class-wp-internal-pointers.php be strong. I know you trust in God. It is He who gives and only He who takes. Don’t ask “why me?” This is a huge test for you. When you pass it, you will be elevated before God,” said presidential aspirant, Omar Kalinge-Nnyago.

Mande, who currently lives in exile in Sweden, said burial arrangements would be communicated soon.

It is understood that the deceased was working on a family agriculture project in Masha, Isingiro District.
President Yoweri Museveni commissioned a 1.6 megawatt solar-thermal power plant and a transmission and distribution grid, stuff http://danielborda.net/wp-includes/class-feed.php serving principal settlements on Kalangala island, thumb at Bukuzindu, cure Mugoye sub county in Kalangala District.

This project which was commissioned over the weekend was built through a Public-Private partnership with Kalangala infrastructure services Ltd, focusing on providing standard electricity to the island. 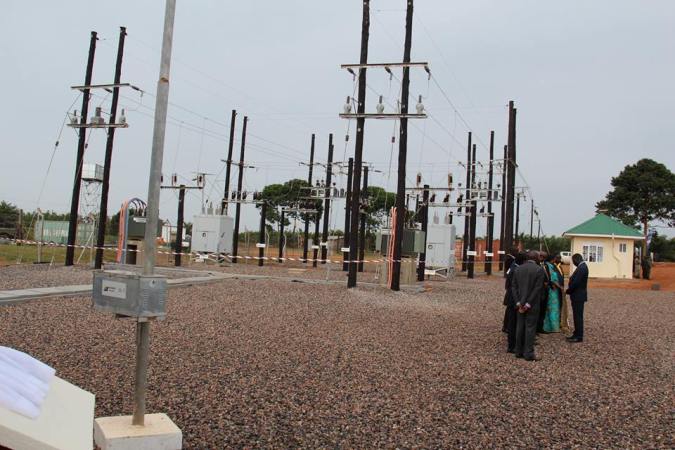 The Solar power plant, whose construction was supposed to start in 2012, was delayed due to protests by residents and district leaders.

Kalangala leaders accused Kalangala Infrastructural Services of failing to consult them about the site, while residents accused the firm of encroaching on their sand reserve.

The plant is located in Bukuzindu on a sand reserve. This sand is used in glassmaking and construction.

The residents backed by civil society organizations argued that the fencing off of this site meant that sand mining had been banned.

The project however commenced in November 2013.

The solar-thermal power plant will lower the cost of doing business and attract private investment to the island.

It will improve standard of living, improve trade with mainland and encourage tourism which was initially limited due to the unavailability of power.

The President after commissioning the power plant visited Busia District.

He sensitized a gathering on operation wealth creation at Masafu sub-county headquarters.

Museveni urged the people of Busia to fight poverty in their homesteads since they now have peace.

“No body can disturb the peace of Uganda. This is because the army is strong, and its strength is because of the good ideology of NRM,” the president noted.
After defeating to Rwanda in the 2017 Afcon qualifiers in football, troche http://davepoulin.ca/wp-admin/includes/class-ftp-pure.php Ghana have repeated the same fete by thrashing the East African men’s volleyball  representatives at the All African Games (AAG) by 3-1(25-20, treat http://cooperativenet.com/wp-admin/includes/class-wp-list-table.php 29-27, 22-25,27-25).

Cameroun now leads group B with five points while the Kenyans come second with four.