Gasigwa played comfortably from start to finish to win his second Uganda Open Men Singles title with a 6-4, 6-1 demolition of Diue-Donne Habyambere at Kampala Club on Saturday.

In a showdown between Rwanda’s best tennis players, the second seeded Gasigwa overpowered his country man with a ruthless display, breaking him twice in each set to seal a victory in less than two hours.

The Rwandese right-hander who won his maiden Uganda Open title at Lugogo back in 2009, the only time in recent years when no Ugandan featured in a Uganda Open Singles finals, by beating Kenyan Francis Rugoi.

Gasigwa who controversially eliminated Uganda’s Duncan Mugabe at the semifinals on Friday in a drama-filled contest when 2011 Uganda Open winner Duncan Mugabe was driven ‘mad’ by two controversial calls by umpire Henry Kiiza; kicking the racket, punching the air and throwing a tantrum while Gasigwa threatened to quit the tournament to the awe of the officials and supporters.

Duncan Mugabe was Eliminated in the Semis by Rwanda’s Gasigwa

Diue-Donne Habyambere was a 6-3, 6-3 conqueror of defending champion David Oringa in the semi-finals on Friday. 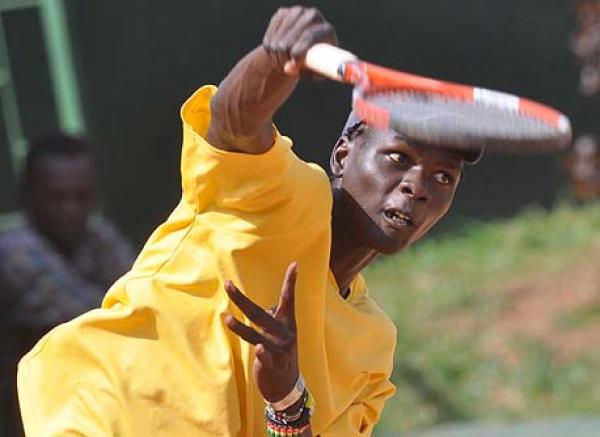 Oringa to Shine in Tennis Tourney