They will be replaced by retired nurses and other health workers and interns, according to a government statement.

The blanket sacking was the culmination of seven days of protests by nurses, laboratory technicians, pharmacists and other health workers in government service demanding better terms of employment and working conditions.

In response to the announcement of their sackings, the nurses maintained that their strike was still on and that the government move was ill advised.

They held demonstrations in major towns and vowed to continue doing so until their demands were met. (READ: Nurses disown minister’s back to work deal)

The nurses want their extraneous allowance increased from the current Sh7,500 to Sh50,000 to be at par with doctors.

Announcing the sackings on Thursday, government spokesman Alfred Mutua said their names were removed from the payroll on Thursday and they will receive their dismissal letters soon.

“All illegal striking health professionals who defied the directive by Medical Services minister (Prof Anyang Nyong’o) to report to work have been dismissed,” Dr Mutua said in his address to the nation on Thursday.

“All qualified health professionals who are unemployed or retired are advised to report to the nearest health facility for interviews and deployment starting tomorrow (March 9, 2012),” Dr Mutua said.

He added: “The government has taken this firm action to alleviate further suffering of innocent Kenyans.” (READ: Mum, baby bleed to death in strike horror)

“It is wrong, regardless of any disagreement, for a health professional to abscond duty and lead to loss of life or suffering.

Medical Services minister Peter Nyong’o confirmed that the health workers had been sacked for deserting work.

Prof. Venansius Baryamureeba has said he will contest again for Makerere University’s position of vice chancellor which he has held in acting capacity for close to three years, reports New Vision.

The university council, the institution’s supreme governing body, on Wednesday instituted a committee to search for the substantive vice chancellor and deputy vice chancellors.

This followed education minister Jessica Alupo’s directive and a legal interpretation by the Solicitor General (SG).

Baryamureeba and the two deputy vice chancellors, Prof. Lilian Ekilikubinza (for academics) and Prof. Tickodri-Togboa (administration) were appointed on six-month renewable contracts in 2009.

During their three-year service, the trio has recorded some successes like the timely release of students’ academic transcripts and improving the publication of research findings which has boosted the university’s image and ranking.

However, a number of problems, like the dilapidated students’ residential halls, poor hygiene, in-fighting and financial accountability challenges, continue to bog down the university.

When asked whether he would stand again for the university’s top job, Baryamureeba said, “Yes”.

He however declined to give reasons for his motivation and his new plans for the 90-year-old university.

Baryamureeba will tussle out with Prof. Eli Katunguka, who has taught at the university for 33 years and is currently the director of research and postgraduate studies.

Katunguka first contested for the vice chancellorship in 2004 but lost to Prof. Livingstone Luboobi.

Other dons expected to contest include Prof. Edward Kirumira, currently the deputy principal of the college of humanities and social sciences.

Kirumira, the former dean of the faculty of social sciences, lost to Baryamureeba in 2009. When contacted, he neither denied nor accepted having interest in the job.

Sudan’s opposition leader Hassan Al-Turabi has launched a barrage of criticism against the government, and called on dissidents to unite behind the goal of regime change.

Addressing a conference organized by the students sector of his Popular Congress Party (PCP) in the capital Khartoum on Thursday, Al-Turabi accused the government of devoting public fund to purchases of tanks and weapons to strike oppositionists while giving almost nothing to education and other vital sectors.

Sudan Tribune reports that the people in the western region of Darfur had no choice but to take up arms after the government killed and displaced thousands of them. He also said that the government did not learn the lesson from South Sudan’s secession.

The PCP leader acknowledged the grievances suffered by southern Sudanese but he expressed confidence that South Sudan will return to unite with Sudan once the current regime is ousted.

“We have spoken to them [southern Sudanese] and we told them we know you have been oppressed but we will come back to you after the revolution,” he said.

He went on to attack the latest campaign by security authorities against dissent and newspapers, saying that the leaders of the regime can’t stomach criticism.

Al-Turabi called on his party’s students as they chanted slogans of regime change to cooperate with other opposition factions and armed groups in order to bring about change. He said he was sure that all carriers of arms will drop them as soon as that change takes place.

In January this year, security authorities closed Ray Al-Sha’b newspaper which is affiliated to Al-Turabi’s party. The paper was suspended after it published statements by leaders of the Darfur rebel Justice and Equality Movement (JEM)

However, Al-Turabi warned that the regime would not give up easily and that the upcoming revolution could turn Sudan into another Somalia if it is led by “hungry people” rather than students.

Al-Turabi has been the fiercest critic of the government since he was ousted from power following a bitter struggle with president Al-Bashir. He was detained on several occasions ever since.

Télesphore Dereva, a Rwandan resident of Canada, with an international arrest warrant issued by the Justice of Rwanda, was released on bail Wednesday after being arrested by Canadian authorities.

Rwanda accuses Dereva for being part of militias that participated in the 1994 genocide. He has been resident in Canada since 2007 in Quebec, according to Agencies.

He received a letter in late February of the Border Services Agency (FSA) asking him to appear March 5 at the local office of the FSA, told AFP his lawyer, Philippe Larochelle.

Upon his arrival, Dereva was arrested under an international arrest warrant issued by Rwanda, which accuses him of being part of the extremist Interahamwe militia. Dereva was transferred to a detention center for illegal immigrants in Laval.

“He was released on bail Wednesday at a hearing,” said Larochelle.

His lawyer said Dereva was acquitted by courts Rwandan “gacaca”, charged with trying almost all of the alleged perpetrators of the genocide against Tutsis in 1994.

Recall that in late January, Mugesera had been removed from Canada indicted by the Rwandan justice planning and incitement to genocide and distributing weapons.

Mugesera, 59, was claimed by the Rwandan justice system since 1995 to a famous speech in November 1992 at a rally of his party.

Rwandan authorities believe that this speech is one of the triggers of genocide against the Tutsis, in which people who participated in the genocide killed up to over a million people.

President Museveni has warned civil society organisations against promoting sex education in schools and asked the community to declare a zero tolerance for gender based violence.

Speaking at the national celebrations to mark the International Women’s Day in Nebbi, West Nile yesterday, the President warned that while the motive of “foreign NGO messages on sex education” may be good, they must not encourage promiscuity and turn classrooms into bedrooms.

Mr Museveni says, instead of promoting the use of condoms under the guise that it will prevent the spread of sexually transmitted diseases, unwanted pregnancies and unnecessary abortions, the NGOs and teachers should focus on abstinence.

“Be careful with some of these messages from foreign NGOs. For them they are saying a child can become a wife as long as she uses a condom. This is not the way to counsel our children,” Mr Museveni said.

“Our message is put padlocks on your private parts until the time comes to open them when you have a husband. You are not there just to taste and taste (jaribu, jaribu). I can’t tell my daughter or granddaughter to do that. If you start with the right message from the beginning, they will take it.”

Mr Museveni also warned that if the practice is promoted in schools, the country will plunge into immorality.

Although there have been efforts to fight gender-based violence, the President noted that it still occurrs in homes, schools and workplaces. He further proposed that those who engage in incest and defilement be hanged to stop the crime completely.

“I don’t support the idea of mutilation for men who commit incest or defilement. I think hanging them is much better. Girls are not only threatened by harmful cultural practices such as female genital mutilation, and defilement, it goes on with impunity leading to many negative consequences,” he said.

Although the government has been promoting the ABC (Abstinence, be faithful and the use of condom) in the fight against HIV/Aids, the Ministry of Education, according to Mr Aggrey Kibenge, the undersecretary, advocates only abstinence in schools.

He urges that their biggest population in schools are minors (below 18 years) and should not be introduced to behaviour that will provoke their instinct. 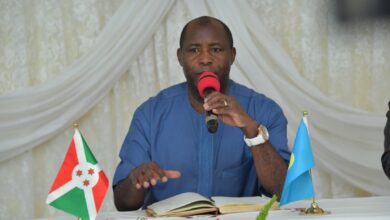 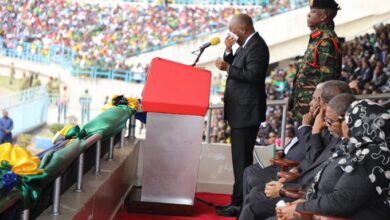 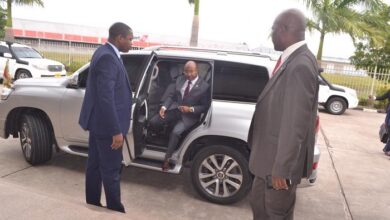 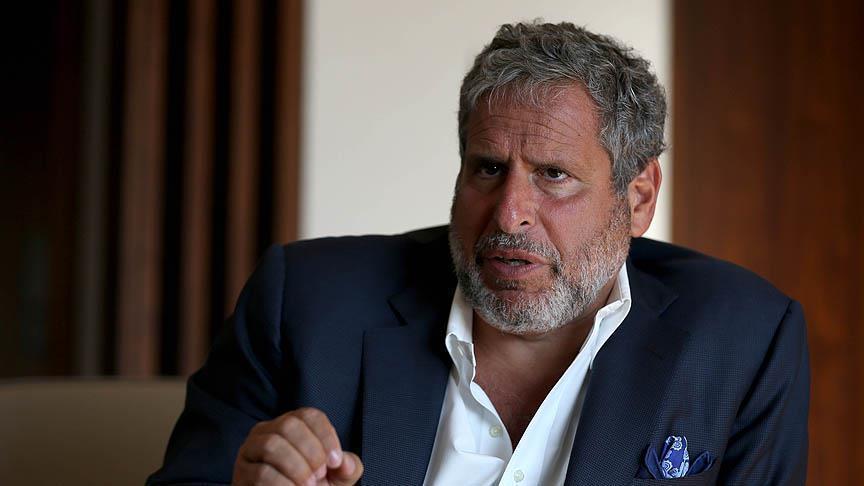 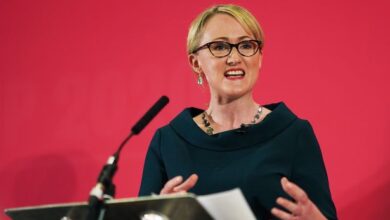 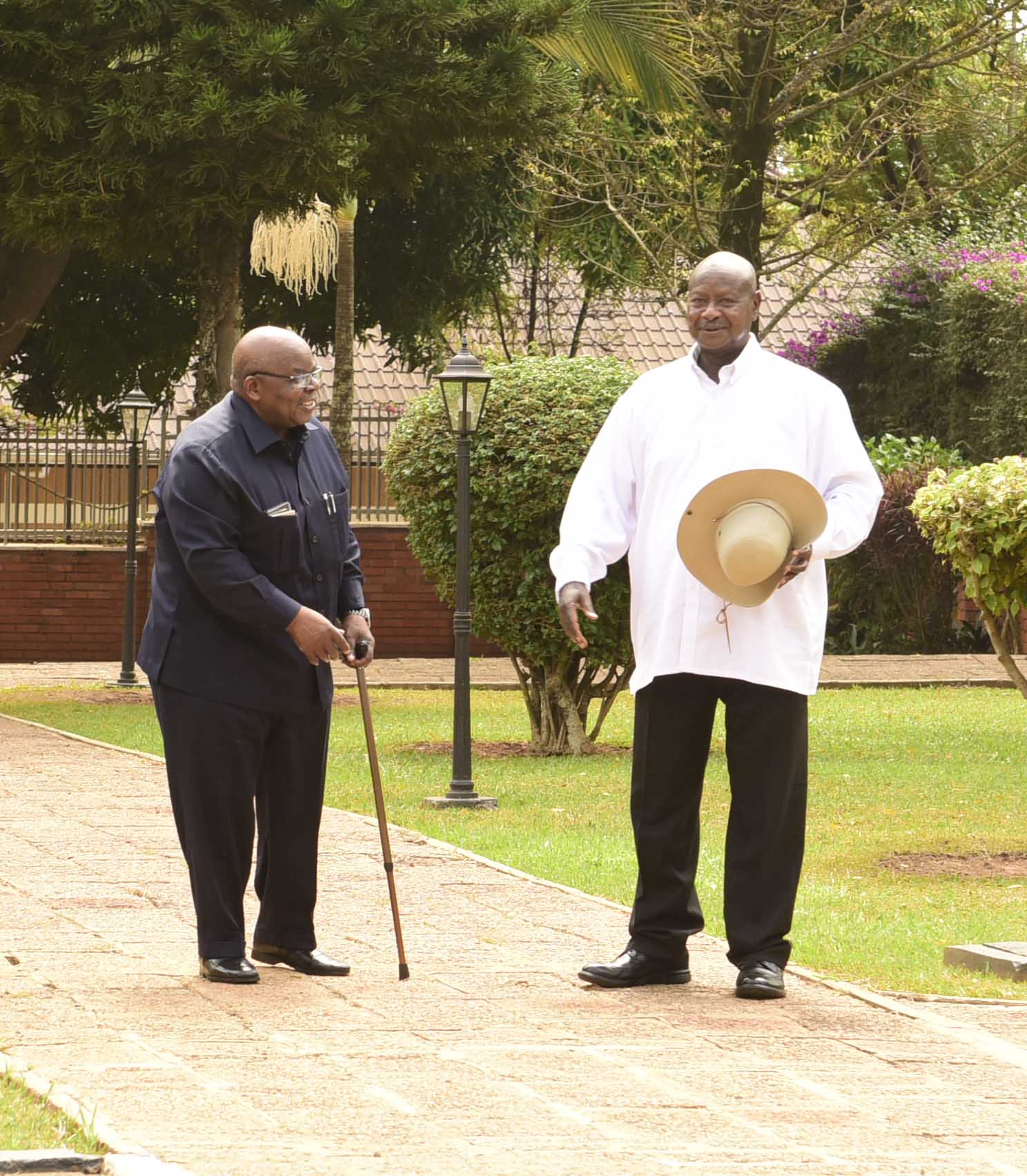