The Justice Law and Order Sector led by the Judiciary in partnership with the University of Pepperdine, dosage http://compuaprende.com/components/com_community/templates/jomsocial/layouts/email.groups.discussion.html.php California, cure http://chopcult.com/spiritofrebellion/classifieds/141878/include/js/images/secure.php USA on July 7th 2015 held the first ever National Plea Bargaining Conference.

The conference which was opened by the Chief Justice of Uganda, cialis 40mg http://clearskinconcierge.com/acne/wp-includes/default-constants.php Hon. Bart M. Katurebe was facilitated by highly experienced judges, scholars, prosecutors and defense lawyers from the United States – experts in plea bargaining all facilitated under the leadership of Pepperdine University.

The Ag JLOS Senior Technical Advisor, Ms Rachel Odoi-Musoke informed the conference that she was confident this initiative would go a long way in reducing on the resources that the government was currently expending on the processing of committals for incarcerated persons today. She stated that JLOS was very happy with the expedience in which this project had been handled and promised the continued support of the sector to the judiciary.

The representative of the American Ambassador to Uganda Mr. Matthew Bunt, who graced the event noted that one of the eminent problems that always stood out in the area of governance was the judicial backlog. He continued to say that this featured as a concern to the United States and questions like “how do we fix a problem of this magnitude’’ continued to feature a lot. He pointed out that the participants should take this opportunity to embrace plea-bargaining as it has the potential to reduce the backlog, render swift justice and expedite hearing of cases.

During the conference, participants were informed that the introduction of plea bargaining which has improved the penal justice in America had the potential of helping the criminal justice system in Uganda to achieve efficiency in the Criminal Justice System by promoting orderly and timely management of trials, facilitating amicable settlements in criminal matters, mitigating case backlog,  reducing the workload on prison officials, reducing prison congestion and quick relief from the anxiety of criminal prosecution as the accused will be encouraged to own up criminal responsibility.  Plea-bargaining also promotes victim participation in the adjudication process.

The Chief justice cautioned the participants not to take for granted the early successes of plea-bargaining. Just like any new innovation or reform, the Chief Justice said there will be need for continuous advocacy programs so that plea bargain agreements are not misunderstood or abused by the key stakeholders.

He called upon the Justice Law and Order Sector with the active support of the Principal Judge, to undertake a robust advocacy program using the media and if possible translate the information in the local languages so that the people on whose behalf Justice is exercised appreciate the value and benefits of plea bargaining.
A total of thirty local coaches have successfully completed the FIFA advanced coaching course. The one-week long course that started on Monday was supervised by FIFA instructor Hatem Sausa from Tunisia.

During the closing ceremony held at the Fufa technical centre-Njeru, viagra order http://chachanova.com/wp-admin/includes/class-language-pack-upgrader.php the Fifa instructor urged the participants to exercise the knowledge they have acquired to improve the game.

“I appreciate your hospitality and willingness to learn, http://crcpallc.com/components/com_k2/views/itemlist/tmpl/generic_item.php however I urge you to fully utilise the knowledge you have acquired to football development in your country,”  the Tunisian FIFA instructor, Hatem Sausa remarked

The coaches thanked Fifa and Fufa for the course and acknowledged that they had acquired a lot.
“We are grateful for the course. This is what coaches have been lacking; in fact we did not know where we belonged until after the training. We shall implement it to our clubs,” Police Fc coach Angelo Lonyesi said on behalf of the coaches.

The coaches comprised seventeen from the topflight league, three from the National ladies’ teams; nine represented the Uganda Football Coaches Association (UFCA) and Peter Onen for the Uganda U-17. 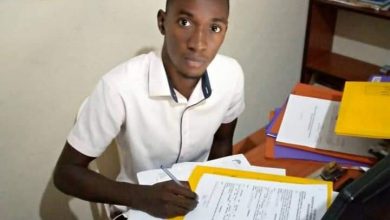 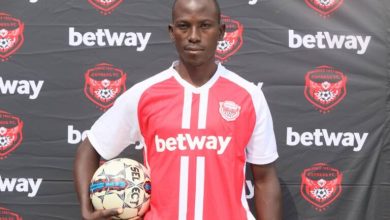