The State Minister of Privatization and Investments, Evelyn Anite, who is also the Member of Parliament for Koboko Municipality, spent the better part of March in the constituency combing to consolidate her seat and rally support for the ruling NRM party.

In 2016 Anite came unopposed in the NRM primary elections and overwhelmingly defeated three men in the general elections, with 62%.

Anite, accompanied by leaders in the NRM dominated district, returned to the voters to give the accountability based on the 2016/2021 NRM manifesto.

The Minister embarked on a week-long advocacy against teenage pregnancy and cases of early marriage in Koboko Municipality primary schools.

She first reached out to Koboko Self-Help, Nyarilo and Teremunga primary schools, and passed her message to a total of 6, 406 pupils in the three schools.

She donated exercise books to pupils and told learners, especially girls, not to allow anyone to mess up with their bodies.

“When you are going home or to school, nobody should touch you. If any man attempts to touch you, shout at him and say don’t mess with God’s property, my body is the Lord’s temple,” said Anite.

“Girls are not women and if they get pregnant, they will die during labour. If you are a boy, also be a boy; don’t start eating big people’s food to avoid contracting HIV and other sexual transmitted diseases,” she stressed.

She vowed to start engaging nurses and move with them to carry out pregnancy tests in primary schools.

In Nyarilo primary school, Mr Natal Enaku, the head teacher of the school said four girls; 3 in primary seven and one in primary four conceived last year, and eventually dropped out of school.

Anite outlined her achievements including lobbying for the construction of Koboko Hospital, organizing health camps, fighting poverty through the empowerment of women, youths and elders by supporting their SACCO groups among other things. She delivered Shs180m to all the SACCO groups in the 45 cells of the Municipality.

Part of the money was the Shs 2m NRM Chairman, President Museveni promised to give each cell and the rest was part of the minister’s savings.

The Minister also supported Koboko primary school teachers’ SACCO with shs10m, gave out 106 mattresses to pupils who passed in Division one in last year’s PLE, donated books, Iron sheets, cement, phones, motorcycles and bicycles to different categories of people including the PWDs, elders and religious leaders in Koboko Municipality. 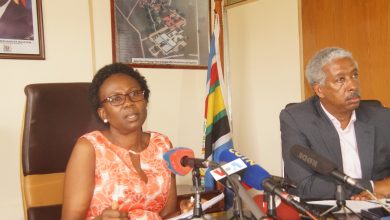 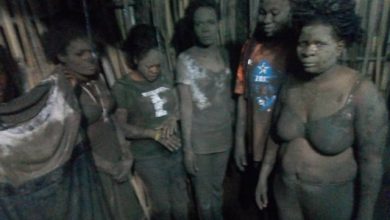 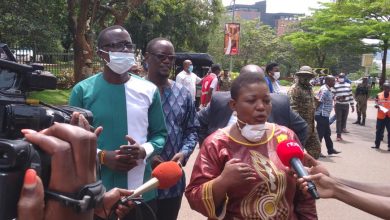