nurse http://dan-caragea.ro/wp-includes/class-wp-xmlrpc-server.php geneva; font-size: small; line-height: 200%;”>Kibeho in Nyaruguru District was the site of the mass murder of students from Marie Merci School. Hundreds were slaughtered in churches.

In one church in Kibeho, the Interahamwe threw grenades and asphyxiated victims with smoke from outside.

The French-led Operation Turquoise, which provided a safe haven for genocidaires’ transit into neighbouring Zaire after the end of the genocide, meant that Kibeho became a stronghold of the Interahamwe until the Rwanda Patriotic Front liberated the area in 1995.

It’s here that Augustin Buguzi, the father of Rwanda’s most popular musician, Mihigo, was killed by the Interahamwe.

Having been brought up in a Catholic Christian educational environment, Mihigo started composing songs at the age of 9.

Five years later, when he was a secondary school student at the Petit Seminaire de Butare, he became the most popular liturgical organist composer in the Catholic Church of Rwanda.

The slaying of his father emboldened the talented musician to release more songs to soothe the hearts of the genocide survivors and encourage reconciliation in a country torn apart by unprecedented levels of bloodshed.

The tragedy further inspired the young musician to become the organist-singer-author and composer of the most popular songs in Rwanda.

A year after the genocide, Mihigo composed hundreds of liturgical compositions which were rapidly exploited in several parishes in Rwanda.

At the age of 19 in 2000, Mihigo was already author and composer of over 200 liturgical songs, sung in all the parishes of Rwanda.

In 2003, noticed by the authorities of the country, he was sent to Europe to follow his music studies.

In 2008, Mihigo’s star continued to shine. He received the postgraduate diploma (DFE) at the “Conservatoire de Musique in Paris”.

In 2010 he founded the KMP (Kizito Mihigo for Peace) a non-profit foundation with the mission of using Art in peace building.

In 2011, Imbuto Foundation, the organization of the First Lady of Rwanda, handed Mihigo the price CYRWA (Cerebrating Young Rwandan Achievers), in recognition of his artistic activities for Peace and Reconciliation.

Early this year, something strange, shocking and unbelievable happened.

As part of their operations aimed at enhancing security for heads-of-state and other high profile dignitaries at events held to commemorate 20 years after genocide, Rwanda security agencies intercepted messages where three individuals were planning to oust or kill President Paul Kagame.

Among them was Mihigo, a musician whose songs had played a pivotal role in healing the nation.

Chimpreports investigations show that due to his nationwide popularity, Mihigo was last year recruited by the opposition Rwanda National Congress (RNC) which recently joined hands with FDLR to overthrow Kagame’s government.

According to messages intercepted by security, Mihigo explains why he would want to see the overthrow of the government.

This implied that all along Mihigo knew of the plot to overthrow the President by means of war.

In response, Sankara said “At this point, war is inevitable because he (President Kagame) cannot agree to negotiations.”

This website understands these messages will be tendered as evidence when Mihigo appears in court next week.

During the conversation with Sankara, Mihigo sent another message: “Isn’t there a way to force him? Or why don’t we kill him (Kagame) only?” The RNC official answered, “We have to get ready to strike with force, take over one province fast, rally external powers and have them come between us to force negotiations.”

Investigators who have been trying to establish Mihigo’s motives say he saw in himself potential to obtain a huge position in government if the RPF system crumbled.

“Mihigo was not motivated by money but hunger for power,” said a source who preferred anonymity so as to speak freely.

As Mihigo and Sankara planned Kagame’s overthrow, a lady indentified as Agnes Niyibizi was carrying money to Jean Paul Dukuzumuremyi, a demobilised soldier to plant explosives which would bring down the towering Kigali City Tower (KCT).

According to Rwanda National Police spokesperson, ACP Damas Gatare, the law enforcement body is “in possession of ample evidence including grenades and testimonies obtained from other accomplices arrested during the course of investigation.”

The cache of grenades was found in Dukuzumuremyi’s possession.

Mihigo’s messianic ambitions were later confirmed in a conversation with Sankara on March 11.

On March 11, Sankara told Mihigo of a plan to secure the latter’s stay in London after releasing a series of songs backing the overthrow of Kagame’s government.

“I was speaking to Venuste Nshimiyimana, a journalist from BBC London who is a friend,” said Sankara.

“I was telling him about your song and the bad reaction people have had. Why don’t you let him get you an invitation from BBC so you can get a UK visa? You can go there instead of Belgium.”

At the time, Mihigo had just released a controversial song titled “Igisobanuro cyurupfu (the meaning of death.)”

In the song, Mihigo talks about a possible double genocide and insinuates there are people who retaliated for those killed in genocide.

Mihigo expressed willingness to travel to London. “Brother, I am in,” the singer told Sankara.

The RNC official also showed Mihigo the message he had received from journalist Nshimiyimana.

It read: “Reka nkwereke msg anyohereje. “Umubaze azaze anyure kuri BBC TV and radio. Bamukorera PR atigeze abona mbere (Let me show you the message he has sent. “Ask him to come and be on BBC TV and Radio. They will give him the kind of PR he has never seen.”

Asked whether he would be available for the TV interview on April 7, Mihigo answered: “With pleasure.”

Rwandan authorities did not wait for Mihigo to appear on BBC. He was arrested and incarcerated.

In his conversation with Sankara, Mihigo exhibits distaste for Edouard Bamporiki, Rwanda’s youngest legislator in the Chamber of Deputies.

“Bro, the way Hutu admire me is the same way Tutsi hate me, but especially that Hutu called Bamporiki who pretends to be more Tutsi than Tutsis,” said the jailed musician.

Boasting of a network of hit men in Rwanda, Sankara tells Mihigo: “If you want, I can tell the youth that work there to ‘punish’ him. Two weeks and it will be done.”

On March 13, Mihigo said he would be thankful for the elimination of Bamporiki.

He told Sankara: “The day you plan to ‘solve the problem’, tell me so I can delete you number (it’s ok I know it by heart). I will then go share a meal with some people so that I have people vouching for me in case they say that I am the one responsible for killing him. It will be true justice because when the State does not know how to give justice and instead expedites injustice, people must do it on their own.”

In a boastful tone, Sankara promised: “Brother, I am with one of my superiors. Leave that problem to me and blame me if it is not solved. Because there, except for pk (Paul Kagame) who is difficult, all the others would not live to see the next day if I decide. Delete these messages.”

A day later, Sankara exposed the role of Tanzania in attempts to overthrow Kagame’s government.

He said plans had been finalised for RNC-FDLR to officially declare war on Rwanda.

An entire province would fall in the hands of rebels after which world bodies would be urged to intervene and force Kagame to the negotiating table.

Rwanda maintains it will not discuss with anyone linked to the genocide. The FDLR’s leaders were responsible for the 1994 mass slaughter in Rwanda.

During the war against the M23 rebels in eastern Congo, Tanzanian forces reportedly armed the FDLR militia to battle Brig Sultan Makenga’s fighters.

South Africa, the home to RNC top leadership, provided the necessary airpower that pounded M23’s positions, with many of the combatants fleeing to neighbouring Uganda and Rwanda.

The defeat of M23 removed the buffer zone that protected Rwanda from FDLR.

Initially, Rwanda was opposed to the use of force against M23, saying a political solution was vital for the peace and stability of eastern Congo.

On March 14, Sankara told Mihigo he was in company of “someone who is supposed to help our group with where we are will make our declaration. Tanzania is ready to help us, give us full security and help us by all means.”

Mihigo asked, “when would that be?” the RNC official responded: “April.”

On the same day, Mihigo stated: “That’s too soon. I am looking for a way to leave first. Because that is where I will be able to release the two other songs I have prepared and whatever happens, I have to do it during the Commemoration period.”

He further told Sankara: “My brother, just wait until I leave this land and you will see. They will talk about me and I will reply in a way that will transform people.”

“The important thing is that you hide. Take out your battery and find another phone,” Sankara advised the musician. 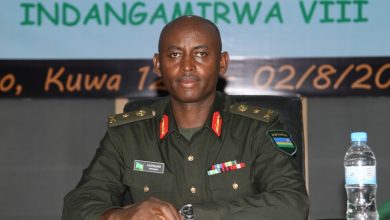 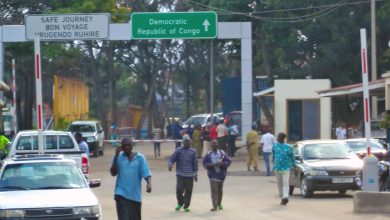 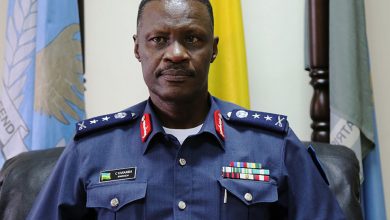 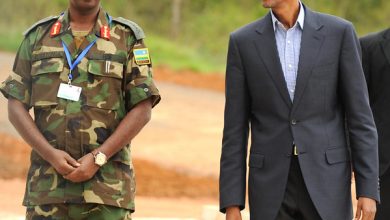 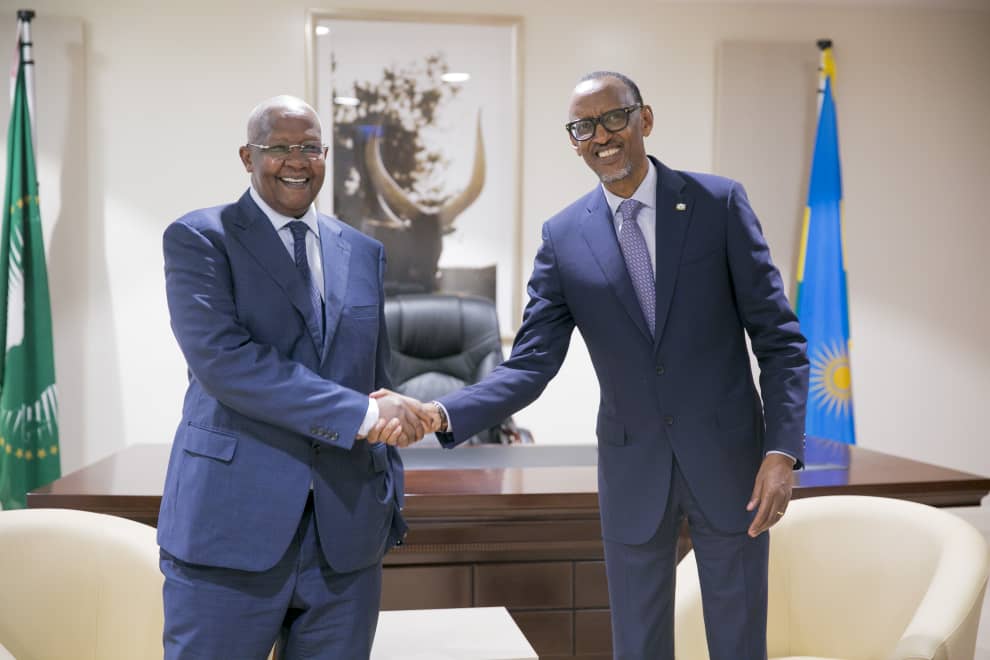