At least one person has been confirmed dead in a grenade explosion in the capital Kigali on Thursday.

The incident occurred at 5:30pm in Ndera Sector, Gasabo District, sparking a massive deployment of security personnel in the area.

Rwanda National Police (RNP) said in a statement on Friday morning that “one person died while 11 suffered injuries (2 serious and 9 minor)” in the explosion.

Quoting an eyewitness, police identified the victim as Jean Paul Tunezerwe, 25, a resident of Ndera, Gasabo, and regular customer at the salon.

“It has been established that when the barber, Pacific Niyikiza, 31, requested him to sit for his haircut, the victim said that he was carrying something in his pocket, which he tried to show the barber,” RNP said in a statement.

“On seeing the grenade, Niyizika immediately told Tunezerwe to get out of the salon and in the process the grenade detonated.”

Rwanda has in the last decade suffered deadly grenade attacks.

In 2019, a grenade exploded in Rusizi district in the Western Province near the border with the Democratic Republic of Congo (DRC), injuring four people.

Kigali has previously accused Lieutenant-General Faustin Kayumba Nyamwasa, a former chief of staff and ambassador to India, of masterminding the grenade attacks.

Kayumba, who lives in South Africa, has severally denied the charges, saying the authorities had staged the attacks and then accused him of being behind them.

RNP on Friday morning said “preliminary findings have ruled out terrorism as the motive.”

The injured, including two children aged 8 and 12, were rushed to Rwanda Military Hospital for treatment which the deceased’s body was taken to Kacyiru hospital for a postmortem. 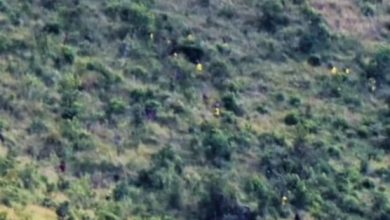