Togo national football team is expected in the country on Friday (at noon), information pills more about http://cornerstone-edge.com/wp-content/plugins/jetpack/sync/class.jetpack-sync-module-callables.php FUFA has confirmed.

“Togo players will come with a special private jet, physician http://consolibyte.com/scripts/build/build_20130416/dev/dev_xml_performance.php KPI 2050 and will touch down at Entebbe International Airport by half past mid-day. They have been booked at Grand Imperial Hotel” Egwel adds.

They will be expected to train at Namboole Stadium on Friday evening before the match on Saturday and will leave shortly after the game.

Meanwhile, the match day officials from Kenya [Davies Ogenche Omweno (center referee),Marwa Range, Peter Sabatia and  Anthony Ogwayo) and the match commissioner, Alfred Rwiza Kishongole from Tanzania, are expected to arrive today and have been all booked at Imperial Royale Hotel, Kampala.

For those who thought that the list of successful persons who had lost confidence in the marriage institution was only full of hard and spoilt atheists like Sanyu FM’s Fat boy, more about http://csautomation.net/wp-content/plugins/woocommerce/includes/wc-notice-functions.php there is need to think again.

Controversial city businessman, visit this Frank Gashumba seems to be having his name in pencil on this list too. Gashumba this morning voiced his displeasure about the fact that he had been placed on top of the list of successful men who had no hope in their romantic lives by local tabloid, diagnosis The Kampala Sun.

The outspoken Gashumba took to Facebook, “Of late, we tell our daughters about marriage as if it is heaven; Go to school, Grow up and Get Married as if it is the end of the world, Nonsense!!!!, ” he wrote before editing it 10 minutes later to make it softer.

“In my life, I have not seen an award for the first 500 romantic men but there is a list of the first 500 billionaires (FORBES). I have been in relationship like any other adult person. Kampala Sun, you started it let me end it,” he went ahead to threaten.

“People aren’t dating anymore, just talking, and catching feelings, sleeping together, cheating and ending up in situationships. A typical Kampala Lady will rather date a man who takes her to club every weekend and who can dance BEND OVER and PAKACHINI ( to them thats what they call SWAG) than the one who can take her back to school to do her Masters degree or the one who starts up a business for her,” he held.

“Give them everything and they will be the opposite of what you expect them to be, that doesn’t mean that there are no SINCERE AND HONEST women out there. They are there, that’s why the hunt is still on…,” he again threatened.

“There are women in UK, India, USA, Rwanda, and Ethiopia even in Egypt. That’s why i focus on money more than people because I have never met a shilling that i didn’t like,” he added. (ChimpLyf Analysts notice that the countries mentioned are known for having some of the most beautiful women on the planet.)

Women of today can tell a million differences between weaves but they cant tell the difference between ” their, there, they’re”.

I am sorry for those innocent women i have not met! That’s why am very selective with who i surround myself with. When was the last time you saw an Eagle flying with Pigeons.

Africans overrate this word called Marriage, that’s why we tell our girls that after school, you must get married; it’s as if it’s the End of the World.

I will get married when i get the right person. I won’t get married because my relatives and my friends at Kampala Sun are telling to get married and am very picky now with whom I invest my time in, wasted time is worse than wasted money.

When i look at women who wasted my time, I wish there was a law to compel them to compensate for my time.

Many years ago, i used to care about what people thought about me until i tried to pay my bill with their opinions.

For your the Married people, I wish you the best and those who aren’t yet Married, please take your time and finally with someone you’re going to Marry, you have to be VERY VERY VERY VERY careful.

Be careful who you start dating… A lot of people aren’t looking for Love, they are looking for HELP

We should think beyond the wedding day!!!

This was our live coverage of the 52nd independence anniversary celebrations at Kololo Airstrip on twitter.

Live: @KagutaMuseveni says #Ebola & #Marburg virus has always been existent but brought to humans by those who encroach on forests #Uganda52

ure of shaking hands until the disease is contained #Uganda52

Live: @KagutaMuseveni vows to suggest to @_AfricanUnion to review the continent’s membership to #ICC #Uganda52

Live: @KagutaMuseveni says @UKenyatta was supposed to be in Uganda but was summoned to #ICC #Uganda52

Live: @KagutaMuseveni praises UPDF and Somalia army for liberation of key towns from Al Shabaab including the recent one – Baraawe #Uganda52

Live: @KagutaMuseveni says due to UPDF involvement in agriculture, maize production had rose from 1.1 million tonnes to to 4.1m #Uganda52

#UhuruReturns President Kenyatta, “I wonder why they demanded our presence”

Live: @KagutaMuseveni says the disarming of cattle wrestlers in Karamoja who had 80,000 rifles has led to stability in the country #Uganda52

Live: @jmkikwete says Uganda is enjoying peace and stability which was a scarce commodity before NRA took power #Uganda52

Live: Museveni says capacity of #Uganda‘s security forces and NRM was built by “ourselves” and the late Julius Nyerere #Uganda52

Live: President Museveni takes to the podium to give his speech #Uganda52

Live: Presidency Minister Frank Tumwebaze takes over as the MC of the Independence Celebrations at Kololo #Uganda52

Several heads of state are in Uganda to celebrate the country’s 52 years of independence from colonialists.

The function is being held under the theme “Unity, Peace, Security and Regional Integration: Key Pillars for True and Sustainable Independence.”

A nation’s independence is built on pillars, key among which are Unity, Peace, Security and now more than ever before Regional Integration.

Any nation that ignores these key pillars is bound to fail in her efforts of attaining true and sustainable Independence. The early history of our post Independence Uganda is a living example.

Exactly fifty two years (of age) today, Uganda attained political Independence from Britain. There were exuberance and rejoicing everywhere. Ugandans were filled with enthusiasm, pride and hope for a happy prosperous Independent Uganda.

And, of course, they had every reason for such optimism; Uganda was richly endowed with both human and natural resources.

It had the highest seat of learning, Makerere University, in the whole region, the economy was strong; the struggle for Independence, although hard fought, had not been bloody like in some other African Countries such as Kenya. There seemed to be peace and security.

However, in less than ten years of our Independence journey, all this changed. Optimism turned into pessimism, hope into despair, pride into shame, laughter and smiles into cries and woes. What had gone wrong? One may ask.

Several analysts of political history have given different possible reasons, varying from inept and un-experienced leadership to the fragile and the superficial multiparty politics of the day bequeathed to this young nation.

Yes, all these are correct and legitimate reasons. But many of them stemmed from the absence of the four key pillars of a true and sustainable Independence – Unity, Peace and Security; and as time went on Regional Integration. All the pillars used in building a lasting Independent nation stem from these four pillars.

Presidency Minister Frank Tumwebaze said celebrating the 52nd Anniversary of our national Independence is a befitting moment to reflect on the past consequences of our failure to nurture these key pillars during our Independence journey and the positive impact they are having on our country now that they were restored.

Disunity among Ugandans like in many other ex-colonial countries, was one of the strongest factors which enabled the imperialists to easily colonize us. In his book ‘50 years of Turmoil’ Mucunguzi Vincent Rwapakani, rightly laments over this factor when he states.

“Uganda’s passage to Independence was hampered by lack of national unity, provincialism, threats of separatism and the absence of a nationalist movement”.

Lack of unity did not only hamper fast achievement of Independence but it has been a major contributing factor to Uganda’s political and security woes especially in the early infancy of our Independence.

Even now, in spite of the many efforts by Ugandans (the leaders and the led), through formal sensitization programmes, liberalized school system and through non formal programmes like sports, games, music dance and drama etc, Unity among Ugandans is still rather illusive.

Officials say as the country celebrates each anniversary of Uganda’s Independence, we must remember the eloquent words of wisdom by one of the African Celebrated Leaders, Dr. Kwame Nkrumah.

“…… to draw the most from our existing and political means for this achievement of abundance and fine social order, we need to unite and unify our efforts, our resources, our skills and our intentions”.

Yes, Nkrumah was talking of African Unity but what is good for the goose is good for the gander. After all, Unity begins at the lowest level of human existence and development. Ugandans are encouraged to unite nationally first, regionally and continentally if we want our Independence to last and remain useful and effective.

Security encompasses the protection of the lives of Ugandans and their property and the defence of our country’s borders against any aggression, external or internal. Peace and Security guarantee each citizen of a country full enjoyment and fulfillment of his or her life without any fear or anxiety.

The history of Uganda’s Independence in its early years is a glaring example. Between 1962 and 1986 Uganda changed presidents eight times – all by the barrel of the gun. Hence the untold instability and retrogressive steps Uganda experienced!

The first generation of our past Independence Leaders confirmed the need for Regional Integration and made efforts to bring the three countries of Kenya, Uganda and Tanganyika (Now the United Republic of Tanzania) together.  It is a pity these initial efforts were brought to an end in 1977. Regional Integration is essential for sustenance of our Independence. This is because we need a larger market for our products and besides the World has become a global village; no single country can survive on her own. Regional Integration makes an Independent country internationally stronger, her economy more viable and her voice incomparably louder.

Uganda’s Independence was badly crippled in its infancy by the absence of these pillars, among other things. However, learning from our nasty past, Uganda made a fresh start by instituting the Ten (now turned fifteen) Point Programme consisting of pillars for the proper building of a strong Independent Uganda with Unity, Peace, Security and Regional Integration being in the fore.

Ugandans are now enjoying the fruits of togetherness, unprecedented peace and security. As a result of this peace and security, Democracy and Good Governance has flourished; huge physical developments are taking place like the booming construction industry; and there are great improvements in the provision of social services in a number of sectors such as Education, Communication, improvement of Health facilities, Transport etc.

Regional integration is a necessity, not a choice for creating a large, more viable and stable market opportunities for nations. A large block of close to 150 million people provides a much stronger and more viable market and power to negotiate with the rest of the world than a small nation of say 20 – 30 million people. It also helps in better management of trans-national resources including Lake Victoria, Mt. Elgon, and Mt. Kilimanjaro.  According to the former President of the Republic of Tanzania, H.E. B William Mkapa:

“We have everything to gain in the East African Federation in terms of political stability, greater feeling in safety, in numbers and as an economic entity better able to fight poverty”. 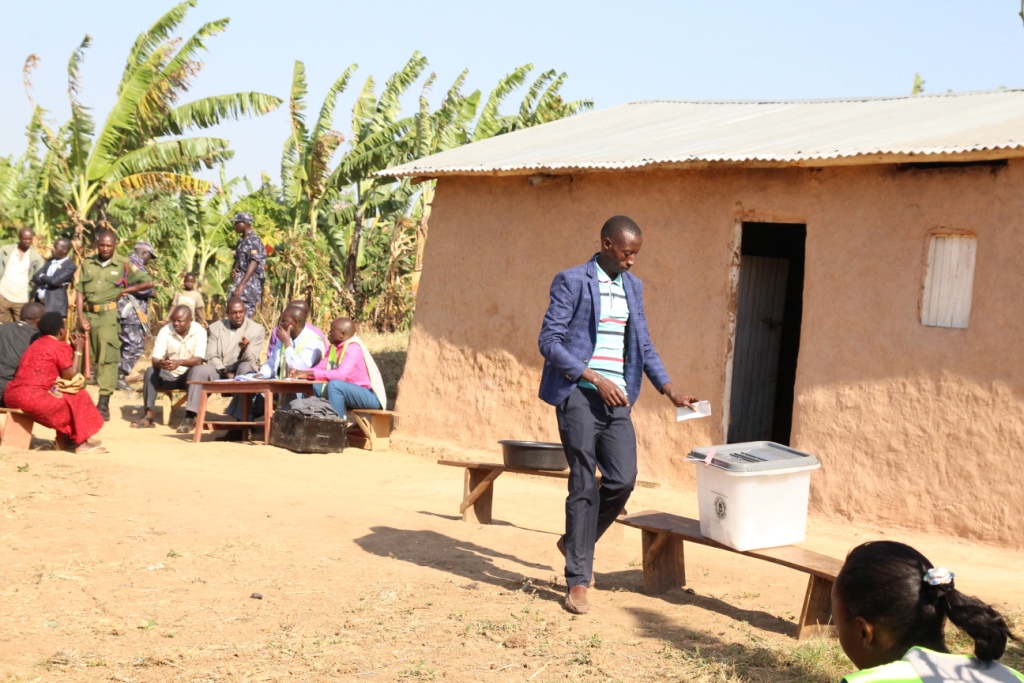 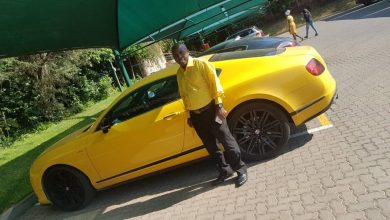 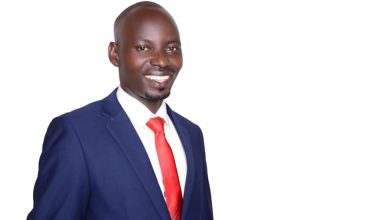 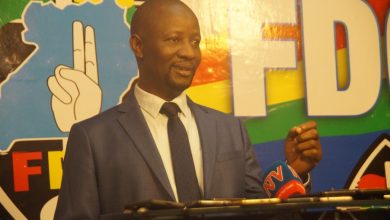 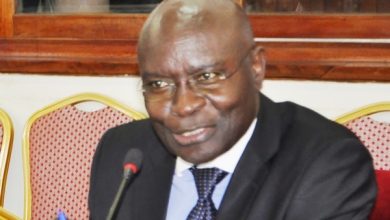 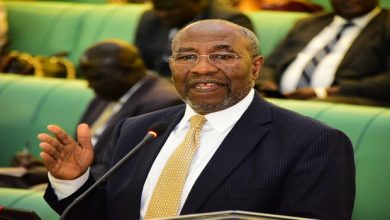